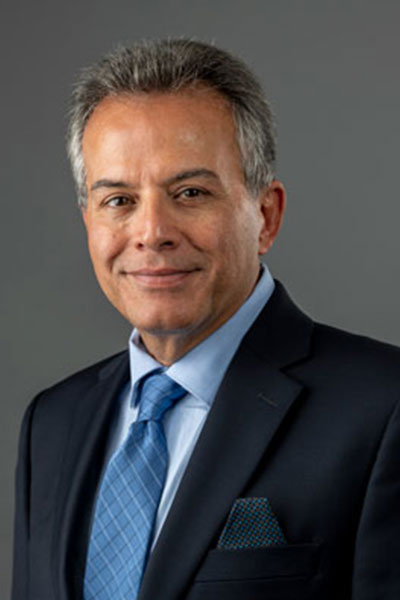 Boroujerdi is the author or co-author of four books: Post-revolutionary Iran: A Political Handbook, published in 2018; Mirror for the Muslim Prince: Islam and Theory of Statecraft, published in 2013; Tarashidam, Parastidam, Shikastam: Guftarhay-i dar Siyasat va Huvyiyat-i Irani (I Carved, Worshiped and Shattered: Essays on Iranian Politics and Identity), published in 2010; and Iranian Intellectuals and the West: Tormented Triumph of Nativism, published in 1996.

Dr. Boroujerdi has been President of the Association for Iranian Studies, a fellow of the American Council on Education, a postdoctoral fellow at Harvard University and a Rockefeller Foundation Fellow at the University of Texas at Austin, a visiting scholar at UCLA, a non-resident scholar at the Middle East Institute (Washington, D.C.), and a Co-PI of Iran Data Portal.

Huang joined the Missouri S&T faculty in 2000 as an assistant professor of biological sciences. He was named associate professor in 2006 and professor in 2012. He is an expert in environmental toxicology, with his research having been supported by several agencies including the National Science Foundation, National Institutes of Health, and Department of Defense.

Huang holds a Ph.D. from the University of Wisconsin-Madison. Fogg joined the S&T faculty in 2004 as assistant professor of history and political science, and was named associate professor in 2011, department chair in 2015 and professor in 2016. In 2014 she was named S&T’s Woman of the Year.

Fogg holds doctoral and master of arts degrees in history from the University of Iowa. She is a European historian who specializes in the history of modern France with an emphasis on the social history of World War II and the Holocaust. Fogg is the author of two published, peer-reviewed books and numerous book chapters, articles and presentations in her fields of expertise.